I don't post about this often, but my four year old son Owen has juvenile arthritis. He was diagnosed about a year ago and is doing really well. We had the opportunity this past weekend to attend Camp JAM, which is a program of the Arthritis Foundation. It is open to children and teens who have arthritis (and their families) and we had a GREAT time! 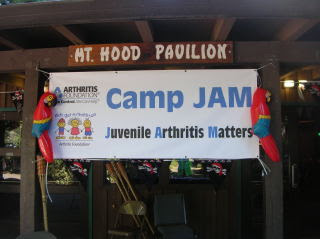 The theme this year was pirates, which is why there were parrots and pirate flags to greet us. 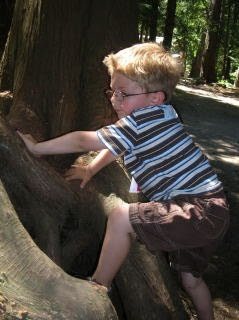 We had a tree outside our cabin that Owen had a fabulous time learning how to climb. Children with arthritis experience a lot of pain,stiffness, and swelling in their joints. Owen has been affected mostly in his ankles and knees. Watching him climb a tree is a joyful sight! 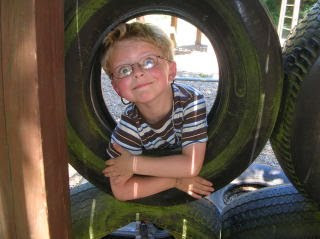 We had lots of fun at the playground, climbing the tire wall and trying to figure out the chain ladder. 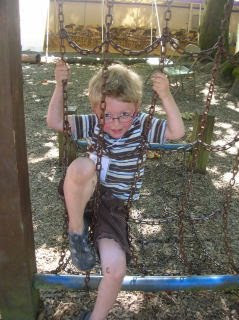 No one really knows why some children develop arthritis. Some forms seem to be genetic, others may be caused by a virus that settles in a joint and causes the pain and swelling. Many kids are also susceptible to developing uveitis, which is like having arthritis in your eyes!
The bouncy house was awesome - I wish we had one at home that I could toss the kids into when they need to get rid of all their excess energy. 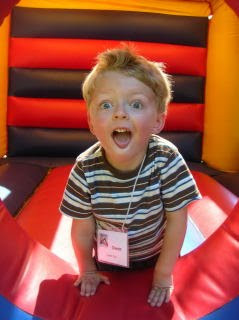 One of the really wonderful things about Camp JAM is that the whole family can attend, which gives siblings like Bailey a chance to hang out with other kids just like Owen as well as other kids just like her who have a brother or sister with arthritis. Of course, it also just gives you a great opportunity to squish your toes in the mud! 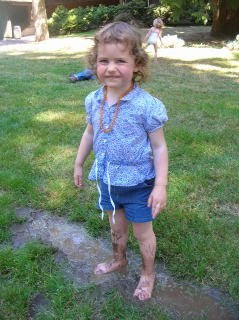 There wasn't too much sleeping going on at camp, but Owen had a great time hanging out in the top bunk of the way super cool bunk beds. 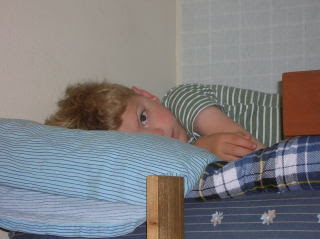 One of the highlights was a visit by the Reptile Man who brought alligators, lizards, snakes and hissing cockroaches for the kids to see. I have heard a LOT about various creepy crawlies as this has been Owen's main topic of conversation since camp. There were amazing volunteers who did a great job buddying up with the little kids so that parents could attend different panels and workshops to learn more about the best way to support our children in the challenges they face with this chronic disease. 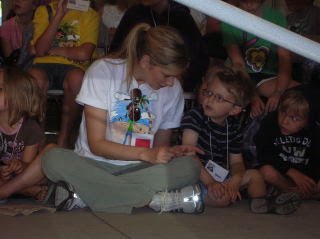 Did I mention that the theme was pirates? There was a "skeleton head" that both kids really wanted to take home. They had fun posing with it and saying, "Shiver me timbers" before the costume parade. Seriously cute. 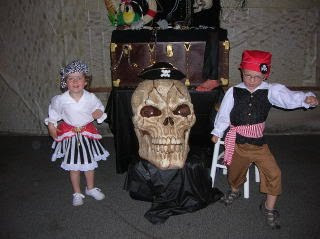 Campfire was a huge hit! Of course, it was 95 degrees so the campfire was really all about roasting marshmallows and making s'mores. 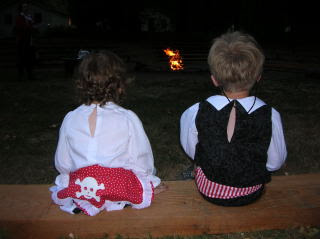 There are over 46 million people who have arthritis and over 300,00 of them are children. There is not yet a cure. We are grateful that Owen is doing so well and we will do all that we can to be his best advocates.
Posted by Megan at 10:05 PM