Halloween Costumes Were a Hit! 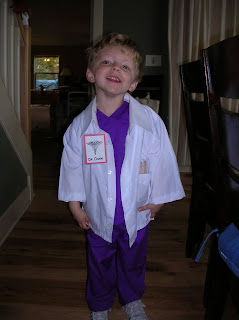 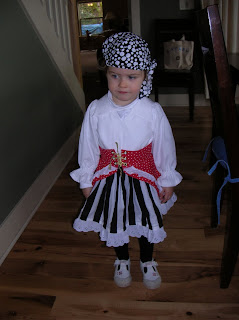 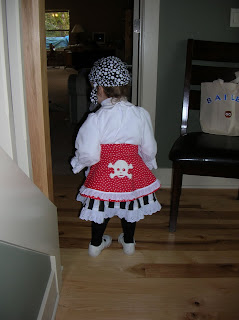 My little munchkins were a hit with the toddler set this Halloween. Although, I think at this age the costumes are more for me than them. Owen picked out being a doctor and chose the color for his scrubs. I tried to steer him away from his first choice but he wouldn't be budged. Now that all is said and done I have to admit, he rocked the purple scrubs!

Bailey was what we called a Pirette. Seriously, her costume was the cutest thing. My personal favorite was the skull and crossbones on her hiney. They both managed to acquire quite a haul of loot. Now, the costumes will become part of a dress-up stash and hopefully, Bailey will want to be a doctor or a vet before she outgrows the scrubs.

Did I mention that I made the costumes myself? Well, I did. I'm more than a little proud of them as I consider myself to be more of a hobby sewer. It was loads of fun to make them their little outfits and I'm already looking forward to next year!
Posted by Megan at 1:41 PM No comments: