This is a phrase heard often around here as the kiddos try to outdo one another in their exploits. But now it's MY turn to shout from the rooftops: LOOK! I did me some stippling! 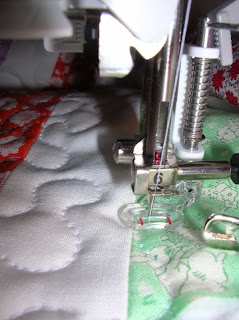 I cannot believe I actually did it! And while I was nervous at first - completely sure I was going to ruin my little Retro Wave quilt - it ended up being really really fun. 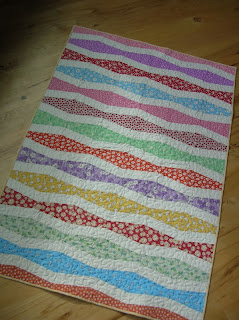 There it is all stippled up and ready to go in the wash. There are more "mistakes" in the quilting than I care to mention but since it's the very first time I've ever attempted this, I'm very satisfied with the end result. 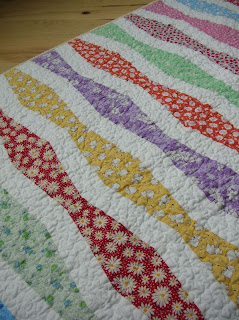 And here it is out of the dryer and all crinkly and cozy! My daughter has already claimed this as her own though the quilt is pretty small. I figure she'll drag it around and curl up with it while watching cartoons. 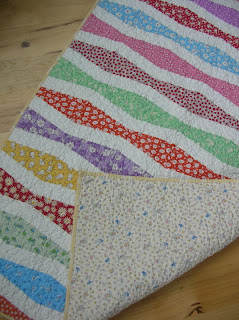 The back is a really cute tiny print that goes with all the other 30's repro fabrics on the front. 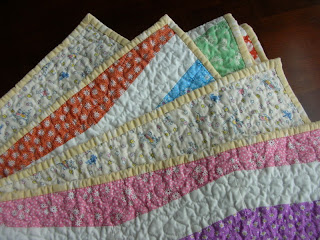 So happy to have the first one under my belt because I KNOW I'll be doing more stipple quilting in the future.
***Pattern is New Wave from Oh, Fransson with some modifications. I used a dresden ruler so had thinner, shorter waves than you would get if following the pattern exactly. ***
Posted by Megan at 12:58 PM